Delivery of the Blauer Löwe 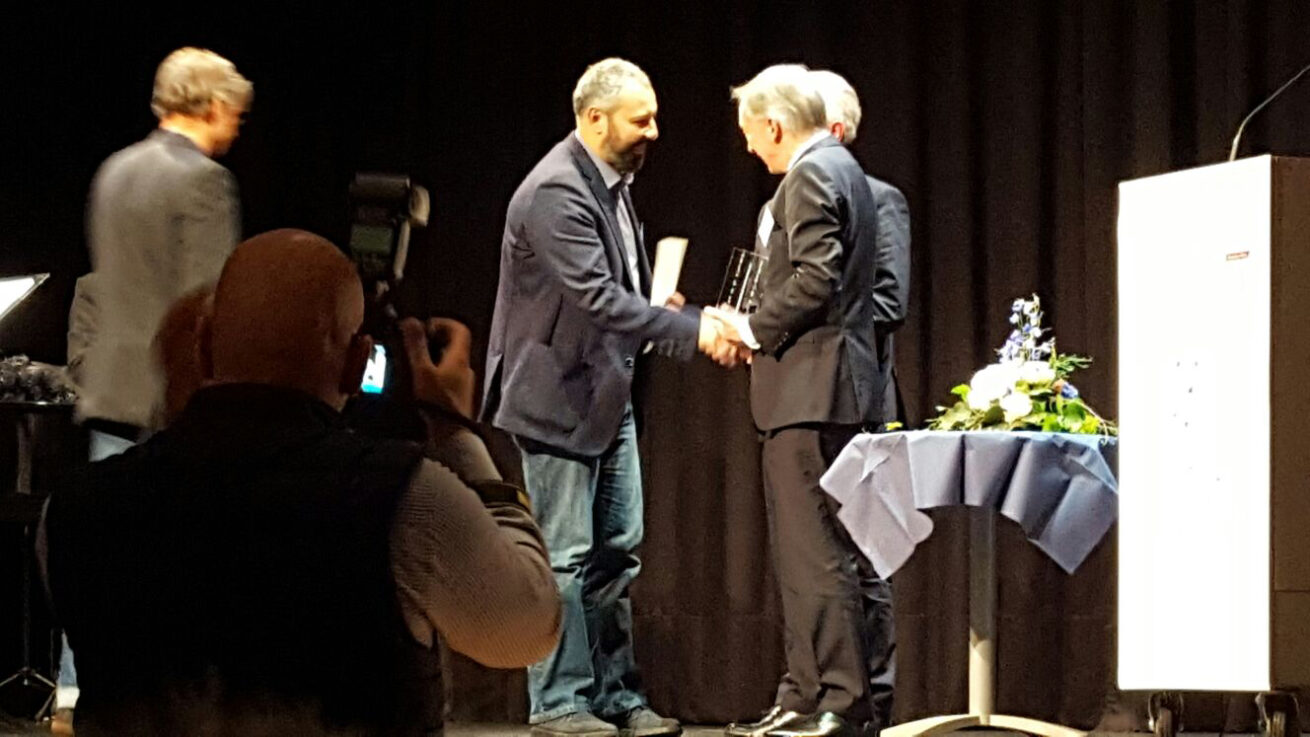 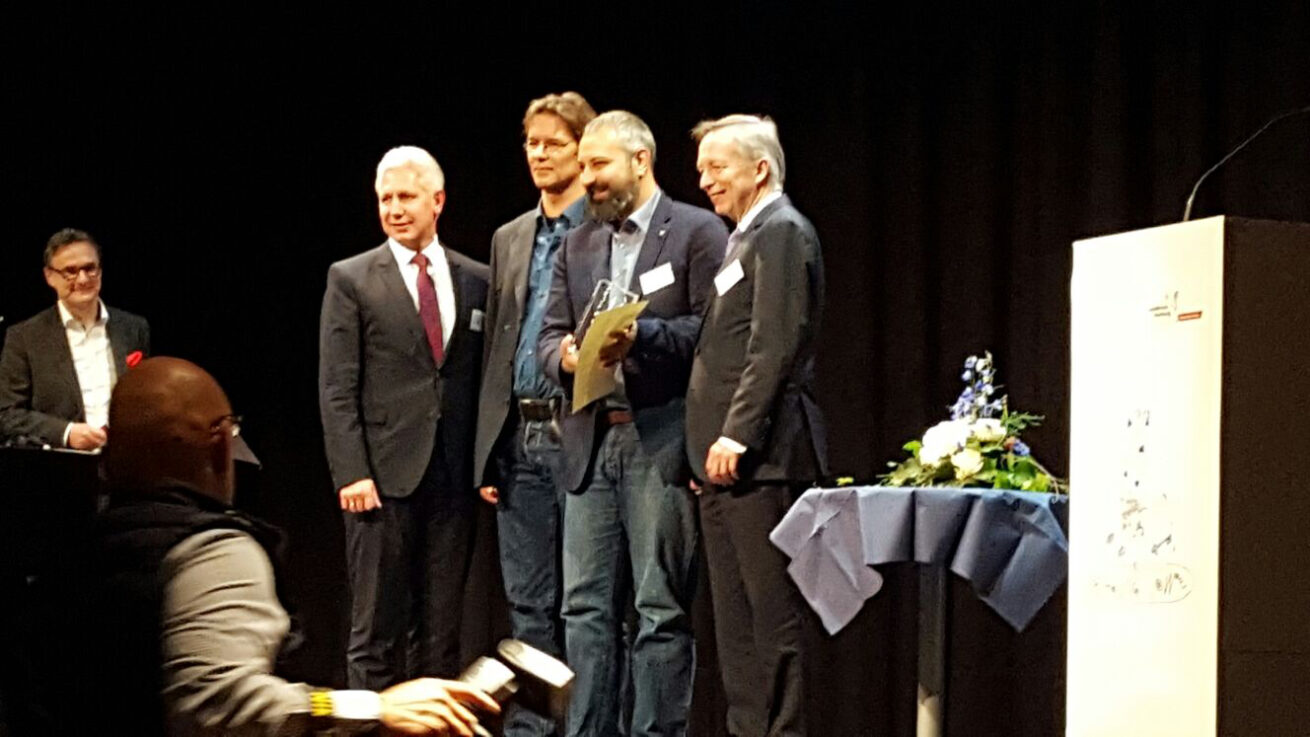 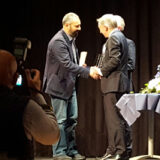 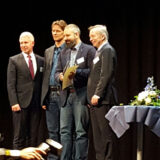 On a day in August, I receive a phone call from a woman. Her introduction was so quick that I didn't quite understand who she was but I did understand why she was calling. I had won the Blauer Löwe, an award given by the Landkreis Harburg related to cultural themes. Last year's winner was actor Joachin Zawischa who this year served as moderator for the 2016 Blauer Löwe award ceremony. During these three months, from about the end of August until November 10, the evening of the official awards ceremony, I thought about what the awards evening would be like. Well! everything went excellently. The impeccable organization of the organizers of the Landkreis Harburg, of the two managers of the Kiekeberg Museum, Annika Fluchter and Julia Jesella, allowed everything to take place in the best possible way and according to German tradition with punctuality and precision.

This year's prize was about photography and the theme was "people living in the Landkreis Harburg". Together with some colleagues, we had realized a work of social inclusion in the Albert Schweitzer Neighborhood in Winsen Luhe where hundreds of families from all over the world live but have little integration among themselves. The far-sighted idea of the neighbourhood manager and friend Sven Dunker made it possible to carry out a project called "Here We Are - Inside Out" with which we wanted to seek inclusion and integration among these people in an original way. My task, within this project, was to photograph some people who live in this neighborhood and to photograph them in their homes. Together with my colleague Eleonora Cucina, we carried out some interviews with which we were able to get to know people better and thus have a good relationship in order to be able to take photos.

Everything was supervised by my friend Sven, who called me a few weeks before the contest deadline to ask me if I wanted to participate in the call with my photos. Within a few days, Sven helped me to write the presentation in German and to organize all the work. Until, as I said at the beginning, Mrs. Fluchter called me to tell me that I had won the prize.

For the evening of the award I wrote a thank you speech that my friend Silvia translated into German and that I read with great emotion in front of many people.

The Laudatio by Sven Dunker was very edifying. He described my point of view and my being a photojournalist perfectly with a few words about my family of origin and with words of esteem.

Eventually, a good part of the local newspapers talked about me and this makes me even more happy: 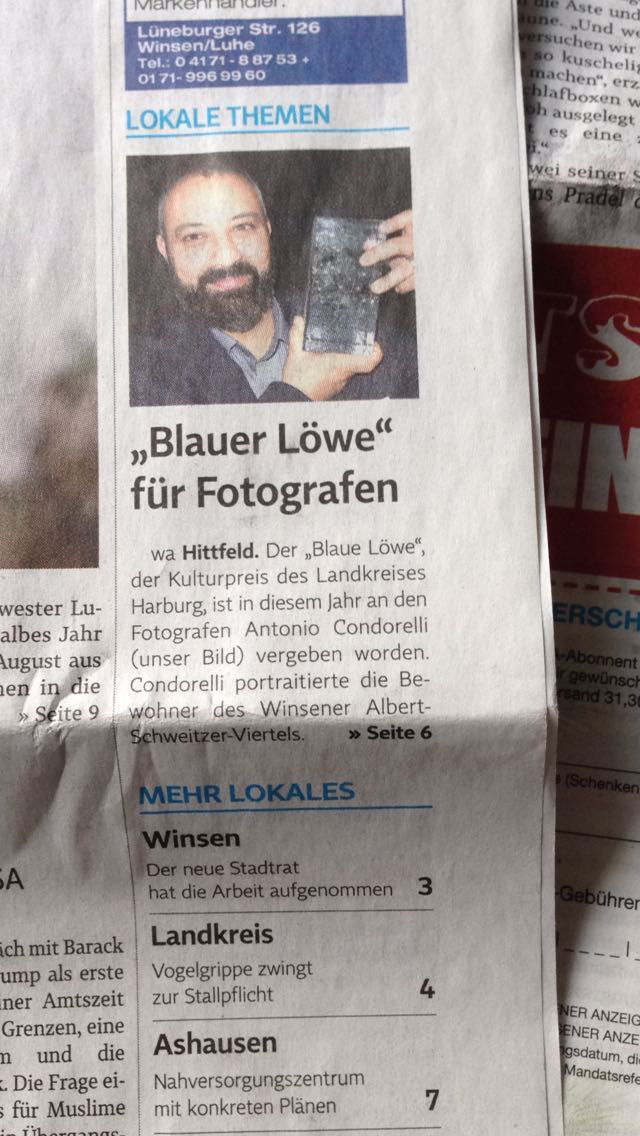 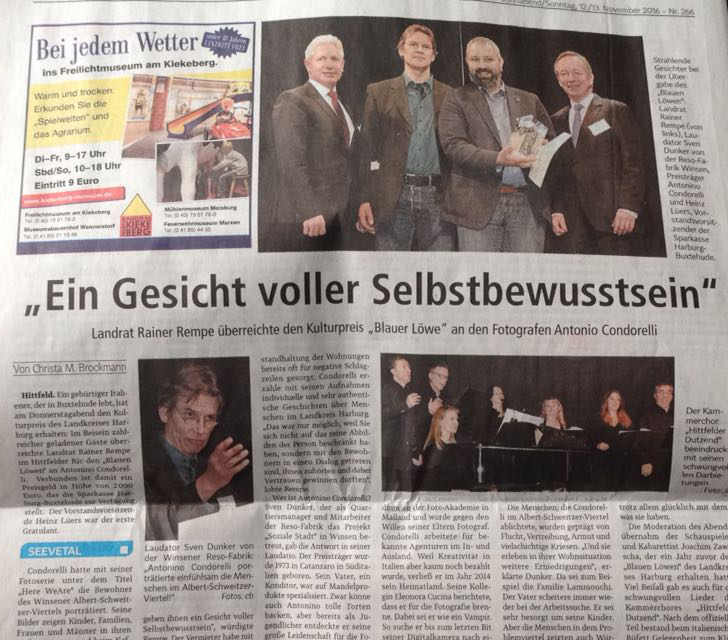 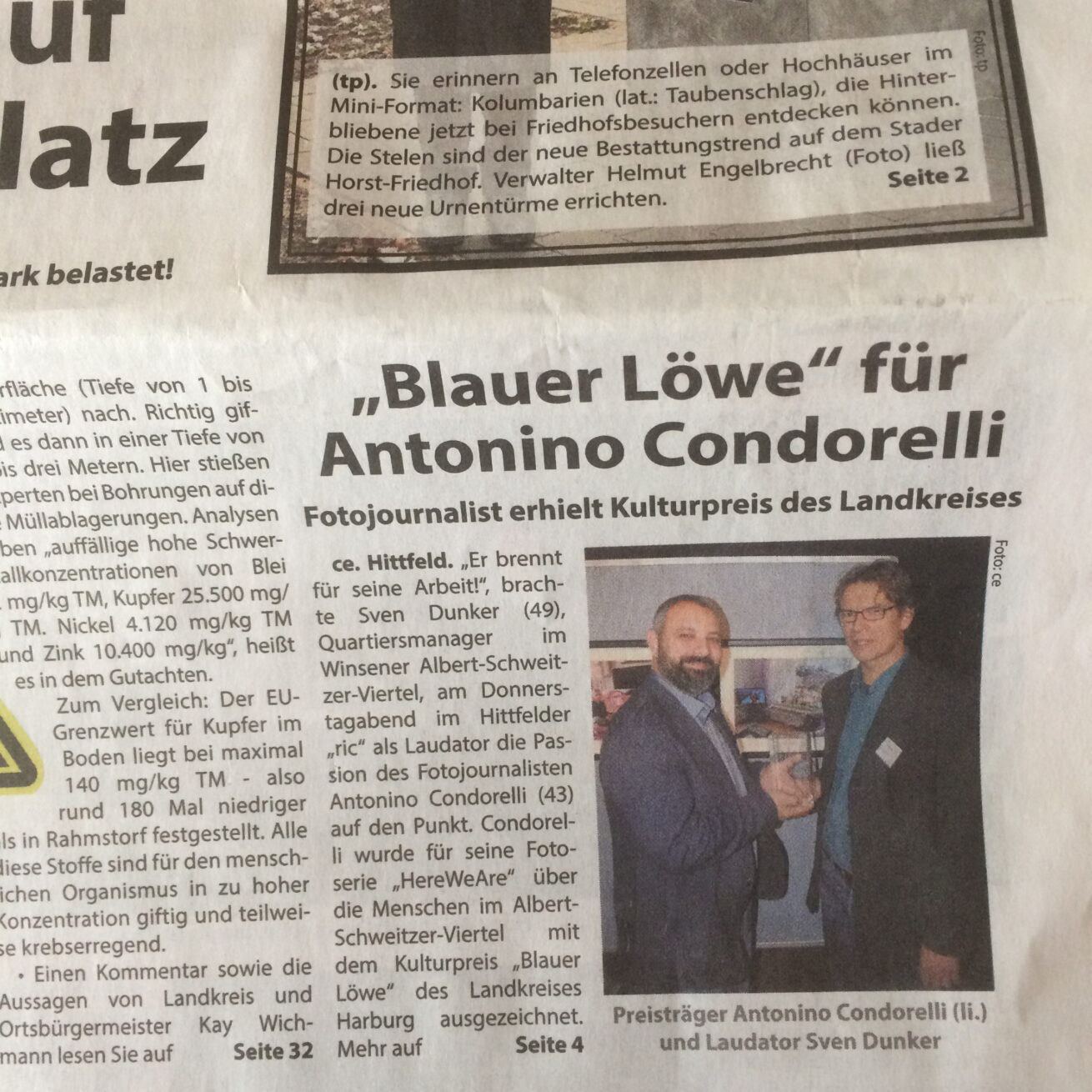 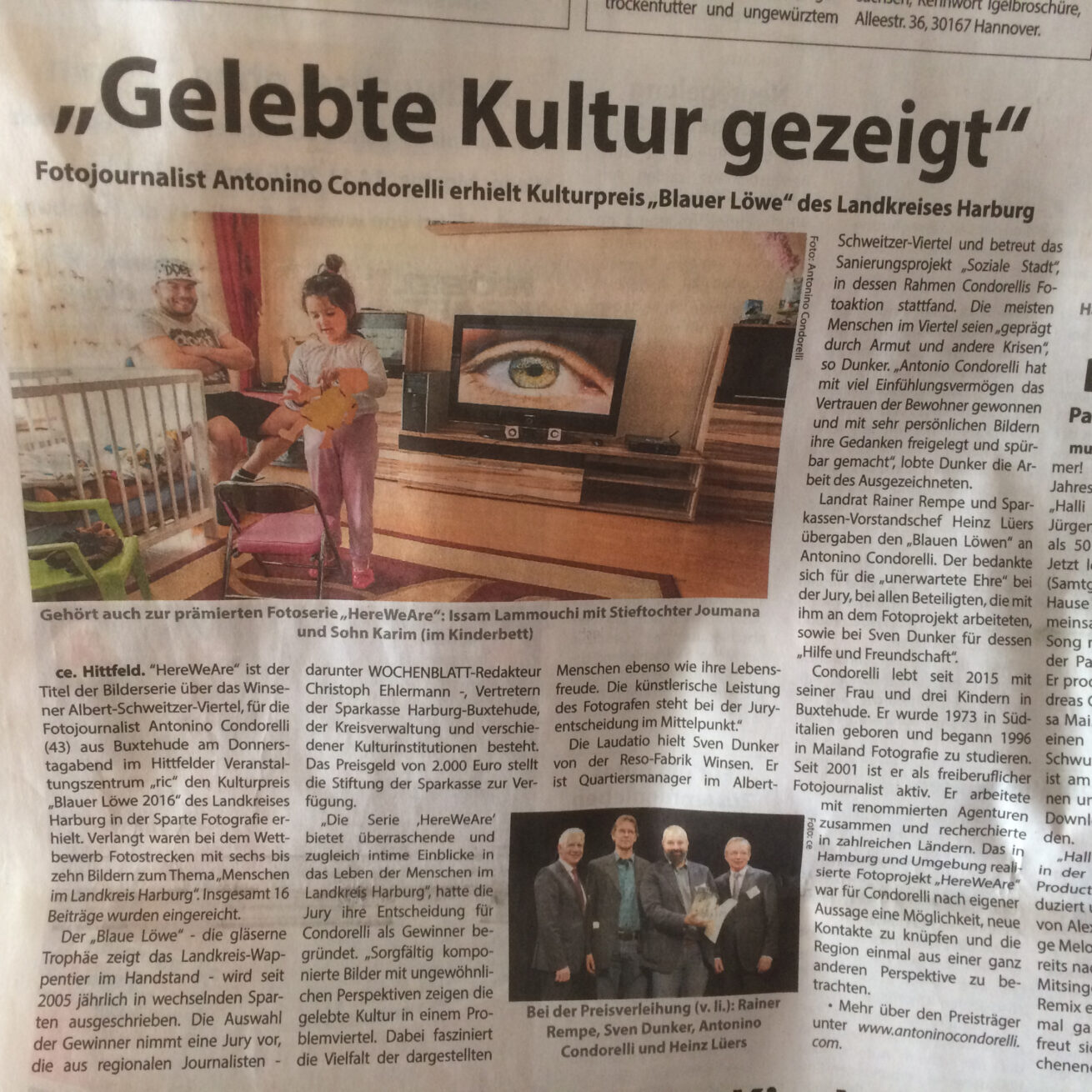 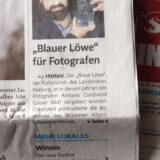 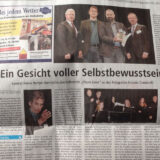 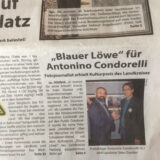 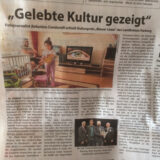 I especially apologize to these last two names because during my speech I didn't think to thank them publicly. 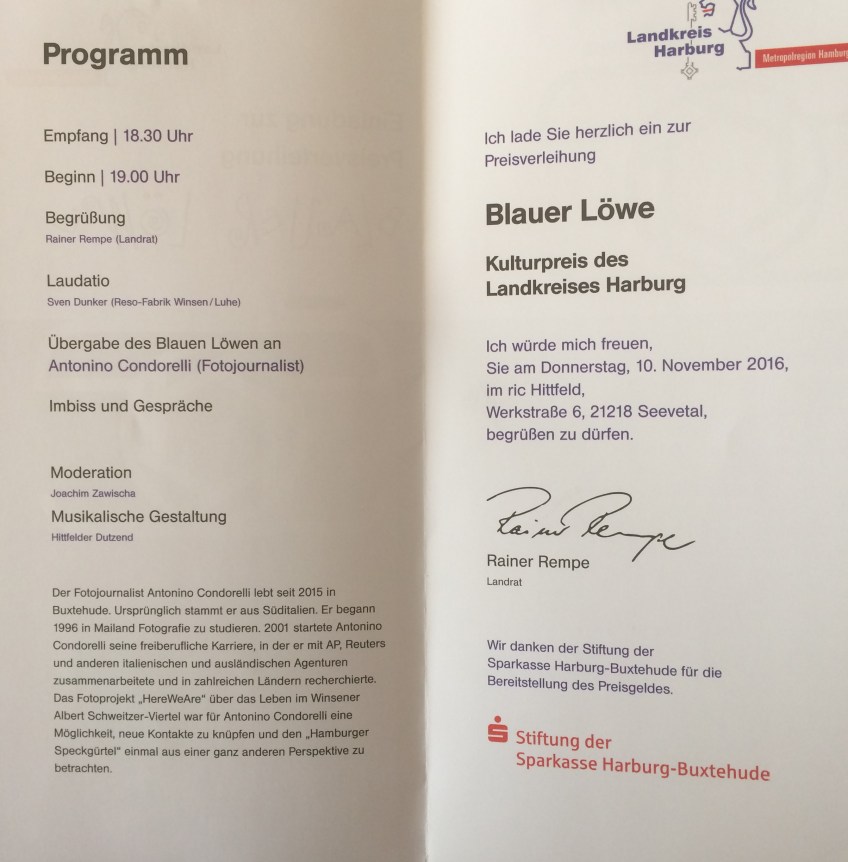 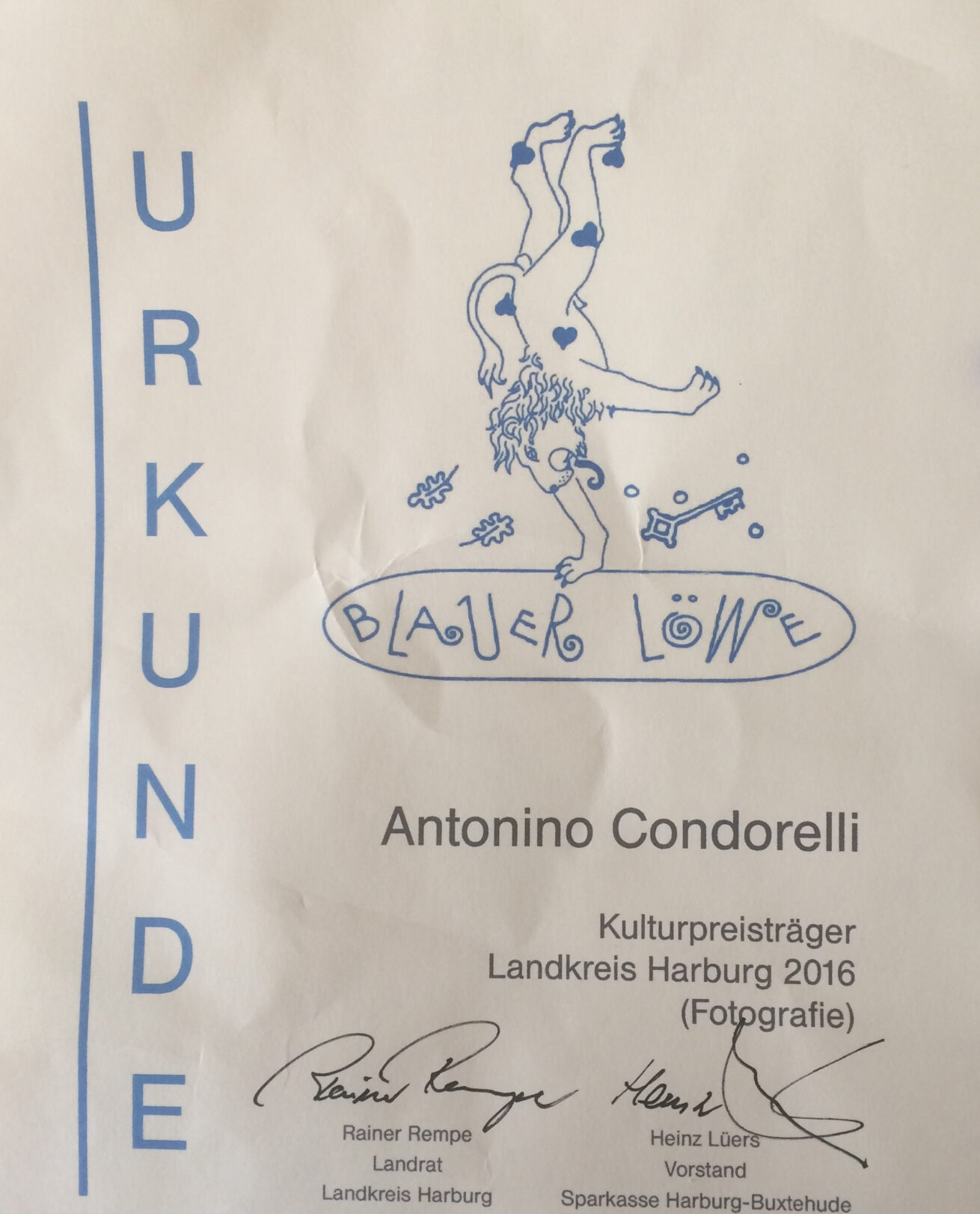 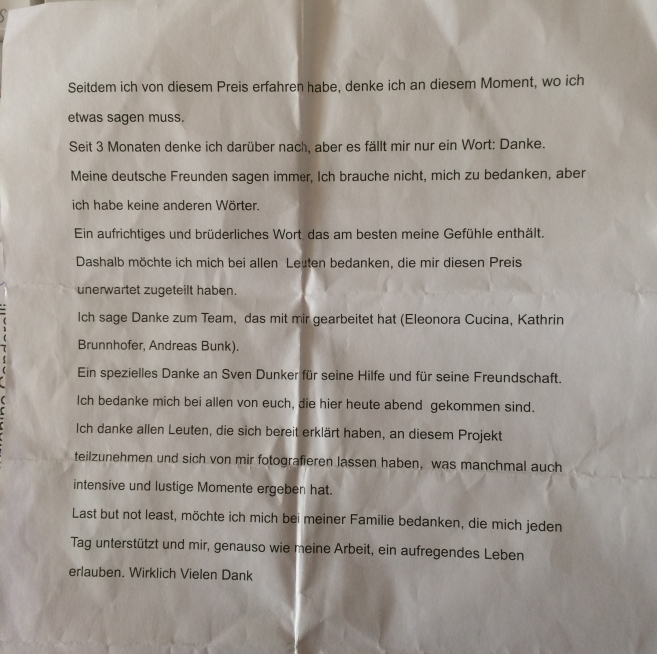 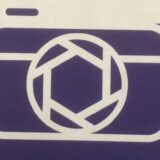 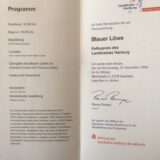 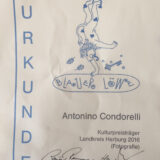 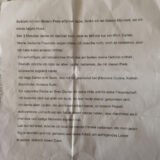